Start a Wiki
The M6 Bushnell is a second generation Arm Slave operated mainly by the United States. It is the successor to the XM4.

The M6 Bushnell is the predecessor to the modern M9 Gernsback series of Arm Slaves. It was developed by the US in response to the Soviet's Savage. Predating palladium reactors, the M6 relies on a gas turbine engine, the significant acoustic signature of which precluded use of the initial model in missions requiring stealth. The M6 also lacks the high efficiency armor and muscle packages used in the M9. Hence, it is bulkier and significantly less maneuverable. However, its simpler control functions requires less rigorous pilot training. When properly handled, the M6 Bushnell can effectively combat newer Arm Slaves.

The United States Army sent an AS Special Forces unit equipped with the M6A3 Dark Bushnell to the Perio Islands in response to a potential chemical weapons threat, but when Gauron appeared in his Plan-1058 Codarl-i, the entire unit was taken out. In The Second Raid, a unit from the Democratic Chinese Alliance using the M6 Bushnell was seen battling a group operating the Rk-92 Savage in Nanjing before the Special Response Team took over. Later, several units equipped with the M6 Bushnell were seen guarding the border between the Democratic Chinese Alliance and the People's Liberation Committee in Hong Kong. When attacked by Xia Yu Fan in a Zy-98 Shadow, they were unable to stop her. 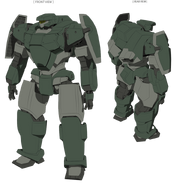 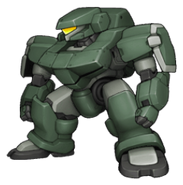 Retrieved from "https://fullmetalpanic.fandom.com/wiki/M6_Bushnell?oldid=9797"
Community content is available under CC-BY-SA unless otherwise noted.