Kurz Weber (クルツ・ウェーバー, Kurutsu Webaa) is a mercenary working for Mithril and part of their Special Response Team of the Tuatha de Danaan with the callsign Uruz 6 and the rank of Sergeant. He is extremely proficient with sniper rifles.

Kurz is a tall and handsome young man with shoulder-length blonde hair that is shaped into a mullet with long locks and light blue eyes. As he is commonly stationed on the Tuatha de Danaan, he usually wears the standard sage-green Mithril uniform with brown laced boots.

Kurz is an outgoing person who can best be described as a Ladies man and he often uses vulgar or flippant language in conversation. He has an energetic and friendly personality and as such befriends people easily. Melissa Mao is constantly at odds with him due to his blatant sexual harassment against her. It is in this way, that he can be seen as the polar opposite of Sousuke Sagara (Kurz's teammate). Despite this, Kurz does have a more serious side. When endangered or threatened, he becomes far more determined and aggressive.

Kurz was born in Tokyo to West German parents on April 1, 1982. He was raised in Edogawa, Tokyo, Japan and attended a normal public school in the area until the age of 14. He lived there until, at some point in middle school, his family perished.

He has since worked as a mercenary soldier for hire. Kurz discovered his skill with the rifle, becoming an master sniper within two years. He eventually found his talent with Arm Slave piloting as well. It is unknown how came to acquire the training for Arm Slave piloting. In the intervening years, he has been a model for TAG magazine, a publication for soldiers, among other things. It is later revealed that Sousuke Sagara and Kurz faced each other on the battlefield in Lebanon, a number of years before the novels. They left a deep impression on each other as deadly adversaries, unknowingly describing each other as the best they had ever seen. The two remain unaware of this, as Melissa Mao is the only person being told about the battle between the two from both sides. Kurz is using most of his payment from Mithril to pay off the hospital fees and organ transplants for the girl he injured when killing the assassin who killed his family.

Eventually, he was scouted to attend Mithril's Special Operations Soldier Selection center in Belize. Mithril did not directly operate this center, leaving the potential soldiers in the dark as to who their potential employers were. There, Kurz hid his talents as a marksman for suspicion of the mystery organization operating the center. This led Melissa Mao, Mithril officer seeking replacements for members of the Tuatha de Danaan SRT, to quickly remove him from the list of candidates. However, Kurz's actions in the line of fire against a local communist rebel group to rescue the Belizean president's daughter reversed Melissa Mao's opinion of him to place him into the Mithril “Tuatha de Danaan” Battlegroup SRT as Uruz-6. 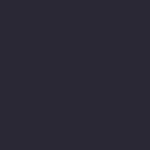 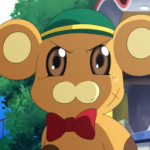