Andrey Sergeivich Kalinin (Russian: Андрей Сергеевич Калинин) (アンドレイ・セルゲイビッチ・カリーニン) is a fictional character in Full Metal Panic! series. In the beginning of the series he is Sagara's commanding officer and one of Tessa's military strategists with the rank of Lieutenant Commander, fulfilling the role of Operations Director. He is also the foster father of Sagara.

Kalinin and Sousuke were once enemies, as mentioned in a two part episode by Sagara himself. The foster father status may be on the school's official papers only but Kalinin is certainly a very fatherly figure to Sagara. Kalinin was formerly of the Soviet special forces—Spetsnaz—and was the leader of the team that found a crashed Japanese airliner. There was only one survivor: a three year-old child by the name of Sagara Sousuke. His wife is deceased and the whereabouts and status of the rest of his family is unknown.

Kalinin has betrayed Mithril to Amalgam, after his meeting with Leonard Testarossa at the end of the book Dancing Very Merry Christmas. He mysteriously disappeared during the raid by Amalgam on Merida Island. Kalinin later appears in Tsudoku to Make My Day at Leonard's villa, apparently as one of Leonard's colleagues.

Andrey mentioned that he had difficulty maintaining family ties, mostly with his wife, due to his time spent with the Spetsnaz. He seems to be a family man of sorts and loves his wife so much that he makes the Borscht (that Sousuke avoids at all costs) that his wife made for him when he returns from missions. He operates under the codename Perth 1. 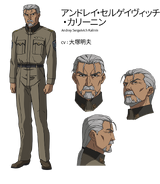 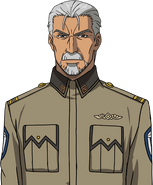 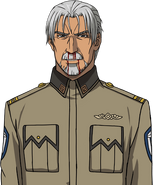 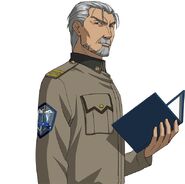