The ARX-7 Arbalest is a third generation Arm Slave operated by Mithril. It is based on the M9E Gernsback and is equipped with the Lambda Driver. It is piloted by Sousuke Sagara.

The Arbalest is a customized M9 Gernsback designed to house an experimental Lambda Driver. It has a sophisticated A.I. system which only allows Sergeant Sousuke Sagara to be its pilot. The Arbalest is highly agile, but its top speed cannot be determined due to the volatility of the Lambda Driver. The most notable feature of the Arbalest is the head design with the horizontal mouthpiece that functions to hold a Anti-Tank Dagger.

The designer/developer of the Arbalest is deceased Whispered Bani Morauta.

"Al" (spelled with a lower case "L") is the name of this A.I. on the Arbalest. Al coexists with the Lambda Driver and is capable of understanding basic human emotions such as happiness and sadness. 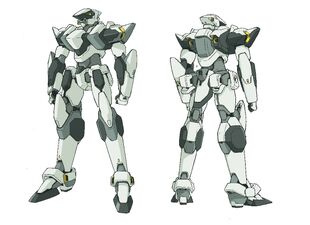 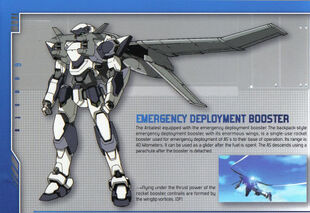 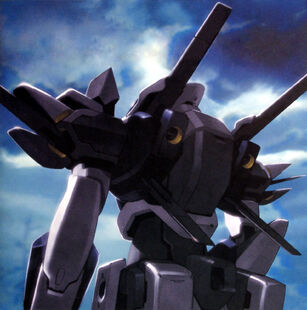 The Arbalest, with its lambda driver activated. 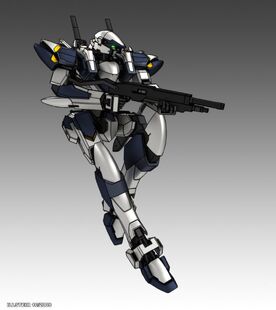 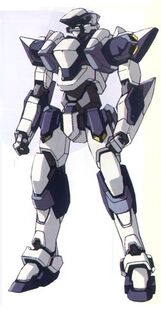 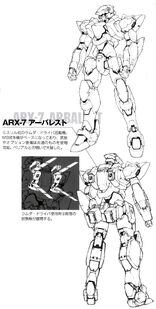 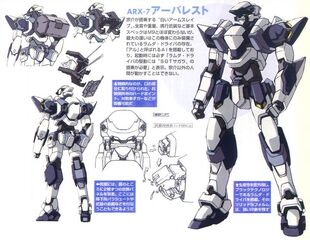 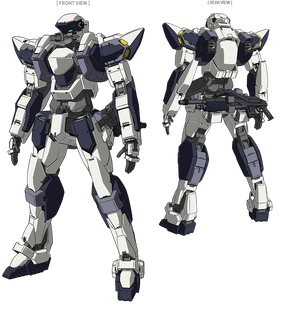 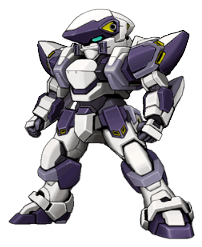 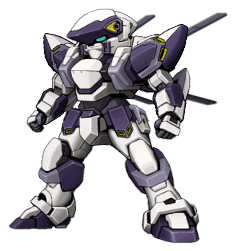 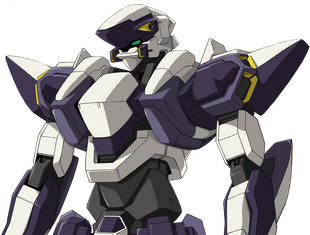 Retrieved from "https://fullmetalpanic.fandom.com/wiki/ARX-7_Arbalest?oldid=9167"
Community content is available under CC-BY-SA unless otherwise noted.